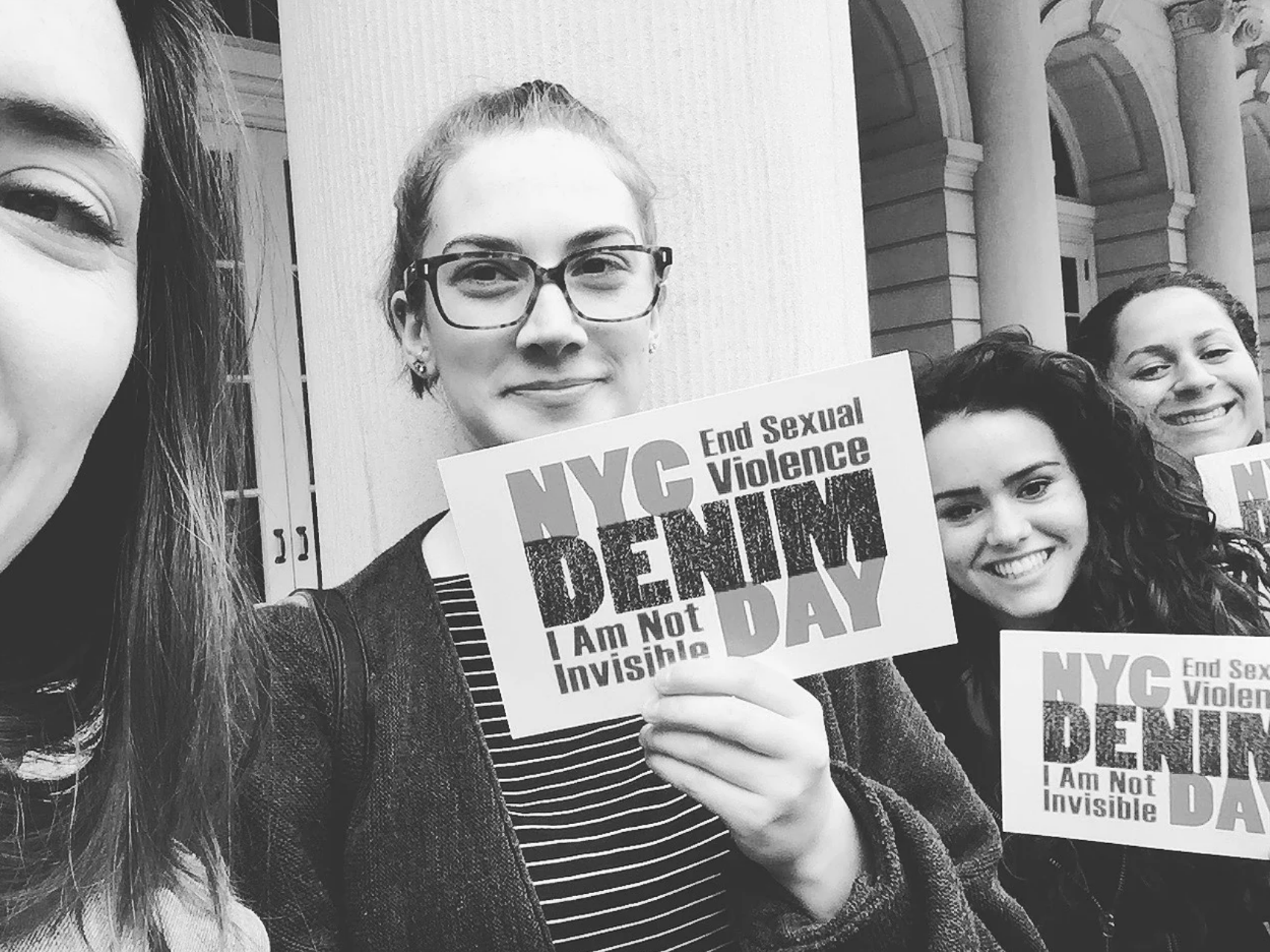 We are proud to be out at New York City Hall on the steps of the New York City Council to support ‪#‎DenimDay‬ with Council Member Laurie Cumbo,Council Member Vanessa L. Gibson, First Lady Chirlane McCray and so many other partners! We rallied today to recognize survivors, advocates, concerned citizens and organizations that are working towards ending sexual violence. Denim Day grew out of a 1998 Italian Supreme Court decision that overturned a rape conviction because the victim wore tight jeans. The judges reasoned the victim’s tight jeans meant that she had to have helped her assailant remove them, implying consent. People all over the world were outraged, and wearing jeans became an international symbol of protest against erroneous and destructive attitudes and myths surrounding sexual assault. ‪